The United States National Security Agency was creating a Data Center with the capacity to store all the information of humanity. This would require the volume of data stored by the Data Center to reach something close to 1 yottabyte.

To get an idea of how much data a yottabyte is see the table below:

As an expert in the field of data recovery on raid servers, I wondered how big a data centre would be to be able to store this monstrous volume of information.

When doing the math I came across a very intriguing result. To have 1 yottabyte of storage capacity what would be the number of disks, storages, racks, infrastructure and physical space required for all this?

Let’s do a quick math. A large 44U rack can fit 22 2U Storages. Considering that each storage can hold up to 24 disks, we have then (22*24) a total of 528 disks per rack. As these disks are configured in Raid systems, we will consider a redundancy of 1 disk every 12 and 1 hotspair disk in each storage.

Although we consider this number absurd, let’s try to find the other variables for a data centre with this capacity to be built. Let’s assume that each rack is 1 square meter. In addition to the 1 square meter of the rack, we also need at least another 1 square meter for the access aisles and opening doors of the rack.

According to the ISP Blog site the world’s largest data centre is housed in an area smaller than 1 square kilometre.

The possible conclusions we can reach after all these calculations is: 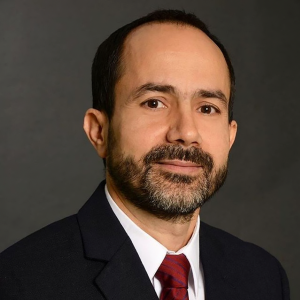 Isaias Sardinha
Isaias Sardinha, CEO and founder of Digital Recovery, has been working for more than two decades in the recovery of lost data. He is an expert in disaster recovery and in the development of technologies for data recovery, such as Tracer, a tool capable of recovering data in RAID System, Storage, Virtual Machines, Database and Ransomware.
You may also like How to Recover Files Encrypted by Quantum Ransomware Read More »