The Hades ransomware boasts on its resume at least seven attacks on large companies with revenues of over $1 billion. The group targets large companies in what is called “Big Game Hunters”, the hunt for data from large corporations.

The group tailors the malware for each targeted company, all of their attacks are directed specifically at companies pre-selected by the group. This shows a deep organization in the attacks and the team, which completely takes away the possibility of the group acting with the affiliate program, RaaS.

This can be good on the one hand because the number of attacks is much smaller than it would be if they were to sell out, but on the other hand it can be extremely dangerous if the group tries to make as much money as possible with as few attacks as possible, making them surgical in their attacks.

The Hades attacks have shown a common path, the targeted attack on the backups that are in the system, many groups have acted this way.

If the backups are encrypted by ransomware, the only ways out are to pay a ransom, which can be exorbitant, or to find a company that specializes in recovering data encrypted by ransomware. The safer of the two is the data recovery company, as the decryption key is not always released after the ransom is paid. With over two decades of experience, Digital Recovery has developed unique technologies to recover data encrypted by ransomware on any storage device, be it HDDs, SSDs, Databases, Virtual Machines, Servers, Storages, RAID systems, and any other.

We have developed unique processes that enable us to accept projects that other companies have turned down or have been unable to proceed with recovery.

All of our processes have been developed in accordance with the confidentiality agreement (NDA).

In cases where sending the attacked media is not possible we can do the recovery remotely, which greatly speeds up the recovery process.

Contact our experts and start the recovery process now. 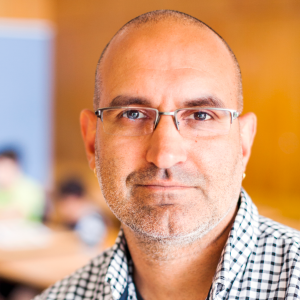 Joseph H. Stein
Joseph H. Stein, head of data engineering at Digital Recovery, is a researcher and expert in the development of enterprise data privacy technologies. He has been working for more than 25 years on improving system vulnerabilities and is currently rebuilding DBs and VMs encrypted by ransomware.
You may also like